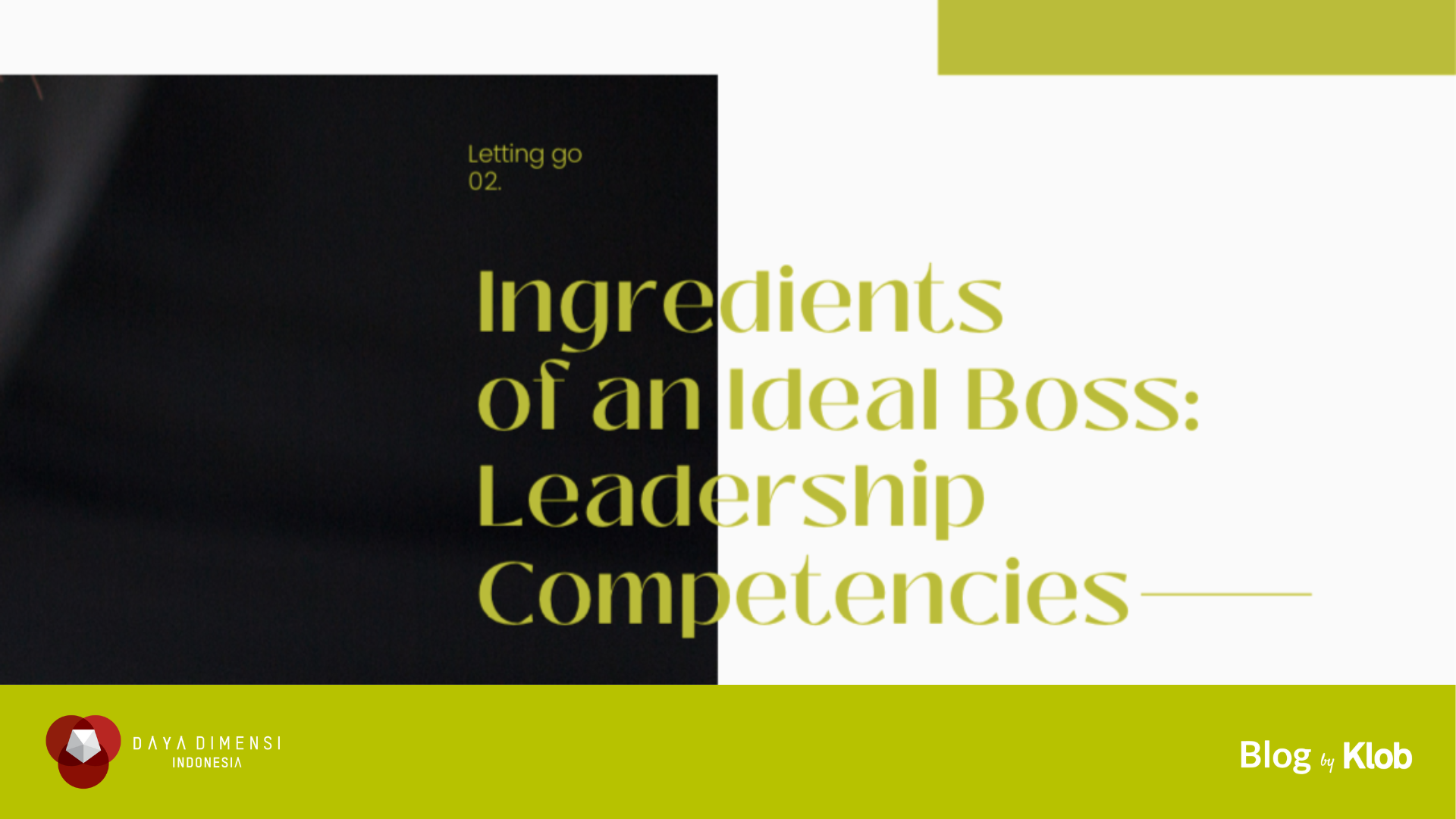 How do you define a leader? You might define a leader as someone who is good at their job and guiding the people around them or you might see a leader as someone who is well-liked and being in charge of everyone. You may also have another definition of a leader. As you can see, everyone has their own definition of being a leader. Thus, from the different perspectives of people regarding the definition of a leader, we could conclude that being a leader is all about acknowledging and listening to others, directing, and relinquishing control of what happens next. These actions may look simple and easy to be done, but it is not quite that simple after all. Some leaders might need to learn and practice before they can execute their roles effectively.

To become an effective leader, a person needs to have certain competencies. A survey of 195 leaders from more than 30 global organizations in 2016 by HBR suggests that there are five major themes of competencies that strong leaders exhibit.

Leaders that work effectively with high standards care about creating a safe and trusting environment, where they convey a commitment to fairness, ensure that both they and their subordinates would act according to the procedures and that everyone is on the same page, and also clearly communicate their expectations toward others. It also needs to be noted that no leader can do anything by themselves, so it is important for leaders to distribute the power that they have and rely on the decision-making of others as well. To distribute their power effectively, leaders need to provide their subordinates with the tools to make high-quality decisions and the right guidance. Chris Toth, CEO of Varian, told HBR that a leader’s role is not to be the one who makes the decision or to be the smartest person in the room. In fact, he thinks that it can be dangerous if the decision-making always goes to the leader. Instead, leaders must create a culture of compassion and empowerment that is accepting of diverse perspectives.

Leaders must also encourage learning towards their subordinates by giving the flexibility to others to change their opinion over the time, being open to new ideas, and providing an environment that supports the process of trial and error. To do all of these actions, leaders first need to be open to learning and changing course themselves and acknowledge their own mistakes. Not only do leaders need to be supportive and encouraging towards learning, but they also have to motivate their subordinates in growing their career. When leaders show a commitment to their subordinates’ growth, they would feel the need to reciprocate because they feel appreciated, which leads to better retention and company growth overall. Thus, when a safe, supportive, and open-minded environment is successfully built by a leader, subordinates would feel comfortable and feel connected toward their co-workers and organization’s purpose and goals. Research by HBR suggests that a sense of connection could impact someone’s productivity and emotional well-being, and that those who feel a sense of belonging are more likely to be engaged and loyal and to promote their workplace or organization. A sense of connection will eventually lead people to see how their unique individual talents and effort create a meaningful outcome in the team and organization, which enable their sense of belonging towards the organization and improve both their and the organization’s performance.

As mentioned before, the competencies that are needed by leaders may look very simple, but are actually hard to be mastered because it pushes them to act against their nature as a human.

In reality, there are still many leaders who are unable to execute their role properly. One of the most recent cases that came to light was the allegation of unfair treatment that is done by a startup towards their interns. Recently, an education media startup has been getting backlash after testimonies and allegations of them underpaying and mistreating their interns went viral on social media, in which the leader of the startup later on acknowledged the allegations and apologized for his wrongdoings. There are many other cases that happen in reality, both that are known by the public and are still obscured, where leaders show the behaviors that are the opposite of a strong and effective leader’s behaviors and competencies. That being the case, it is time for leaders to let go of the behaviors that do not reflect strong leadership and mistreat their subordinates because it is damaging not just for them, but also for the organization as well. It is important for leaders to work on themselves, so they could exhibit strong leader competencies.

Many different researches have proven that these competencies actually benefit the company as well. According to McKinsey, organizations whose leaders successfully empower others are nearly four times more likely to make good decisions than those who don’t. Empowered employees are also proven to be more engaged, work harder, become more loyal toward the company, and deliver better outcomes. Meanwhile, research by HBR found that a safe and trusting environment that was built by competent and effective leaders makes employees relax, invoking the brain’s higher capacity for social engagement, innovation, creativity, and ambition. These benefits could be obtained if leaders are willing to do self-reflection and let themselves to shift their perspectives, which allows them to become effective leaders. If leaders found it hard to do this by themselves, they could always ask help from other parties to build strong leader competencies and improve themselves and their organizations. (OCY)